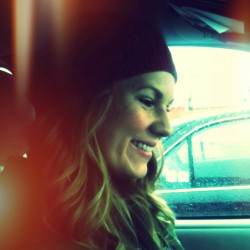 I do not have time to read, but the books just keep getting stuck to my face. UF, HF, YA, fluffy romance, whatever. I love it all.

But I might judge you if you hand out five stars all willy nilly.

I Would Recommend It

Ignite Me: Glad I finally read the final installment in this series 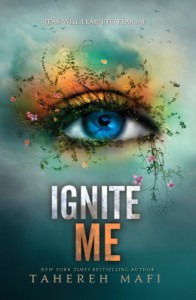 Soooo… that was fun!

This series is still one of the ones that I hate that I love, with the waxing poetic in nonsensical ways and the whining whining whining… but, I love it. I do. I'm happy with how it ended and I'm happy I read this book, which I can't say for every series. I'm not going to sum it up or even spend much time telling you about it, because if you're reading this then you're probably already familiar with the series and you're either going to read it or you're not. But here's my thoughts on how it wrapped up.

Girlfriend, I was worried for a bit. The first 5% of the book had me concerned that you were going to spend the last book in your trilogy crying and feeling sorry for yourself and spouting meaningless drivel.

And there was some of that.

"I feel my face flush so fast that for a moment I’m surprised I’m not standing in a toilet."

Yep, she really said that.

But, I'm actually proud of her. She shrugged it off, and grew up a bit and finally realized who she is and what she wants and took ownership of her abilities and overall came through in all the ways I wanted her to.
She even, dare I say it, grew a sense of humor. I'm giving Kenji and Warner the credit for it, but I was pleased with this.

“You know, I can sort of control it now,” I tell him, beaming. “I can moderate my strength levels.”
“Good for you. I’ll buy you a balloon the minute the world stops shitting on itself."(interaction between Juliette and Kenji)

What can you say about Kenji other than he is the epitome of what a fantastic supporting character should be. He's funny, a good friend, and not just a prop for the author to kill off if she needs something dramatic to happen. He not only added to the story, he had a starring role in my mind. Love love love Kenji!

“Hey, um, I’m sorry to bother you, but I’m looking for a friend of mine,” he says. “Have you seen her? She’s a tiny little thing, cries a lot, spends too much time with her feelings."

Kenji clears his throat. “Hey—guys? Your loin passion is grossing out the little ones."

The Love Triangle
One of the problems with love triangles is that they can be fun in the beginning but are almost always a bitch to resolve. The back and forth and the angst and the lack of resolution just drives me nuts. I'm actually very happy with how this one went, but if you're on a different team than I was you will probably be disappointed.

Did I waste any time feeling sad over it? Nope. Didn't ruin the story for me in the least. Sorry, Adam fans.

And this brings me to:
Warner

"Warner thinks I’m strong and smart and capable and he actually values my opinion. He makes me feel like his equal—like I can accomplish just as much as he can, and more. And if I do something incredible, he’s not even surprised. He expects it. He doesn’t treat me like I’m some fragile little girl who needs to be protected all the time."

I'm so glad he got the girl! And when they finally did it… ummm, is it just me or was that super freaky steamy for a YA book?

I have loved him ever since Destroy Me. I thought his character growth was perfectly done, if a little sappy at times, but overall, in my mind he is the total package.

In the end, the series wrap up was a bit weak on plot (things came together too easily and rather late in the game and then didn't fully resolve enough for me) but I'm happy enough with it to still feel good about the series and glad I read it. Juliette will never be one of my favorite heroines, but what she lacked Kenji and Warner made up for in spades. Seriously, they just stole the freaking show and those two alone make the read worth it. If you've read the first two books, definitely finish it out. This was a worthwhile finish to a fun series.